Sir D'Arcy Wentworth Thompson (1860 - 1948) was a Scottish biologist, mathematician, and classics scholar. He wrote on a wide variety of topics and is most well-known for his book On Growth and Form, first published in 1917.

Around 1897, he invented a device that he called "A Very Simple Reasoning Machine." This device consists of two pieces of cardboard with one placed on top of the other. The top piece has a number of holes punched in it and the bottom piece has sections marked with colored tape. The two pieces are attached with a pin, which allows the top piece to spin. As it spins, it shows different combinations of figures and colors. 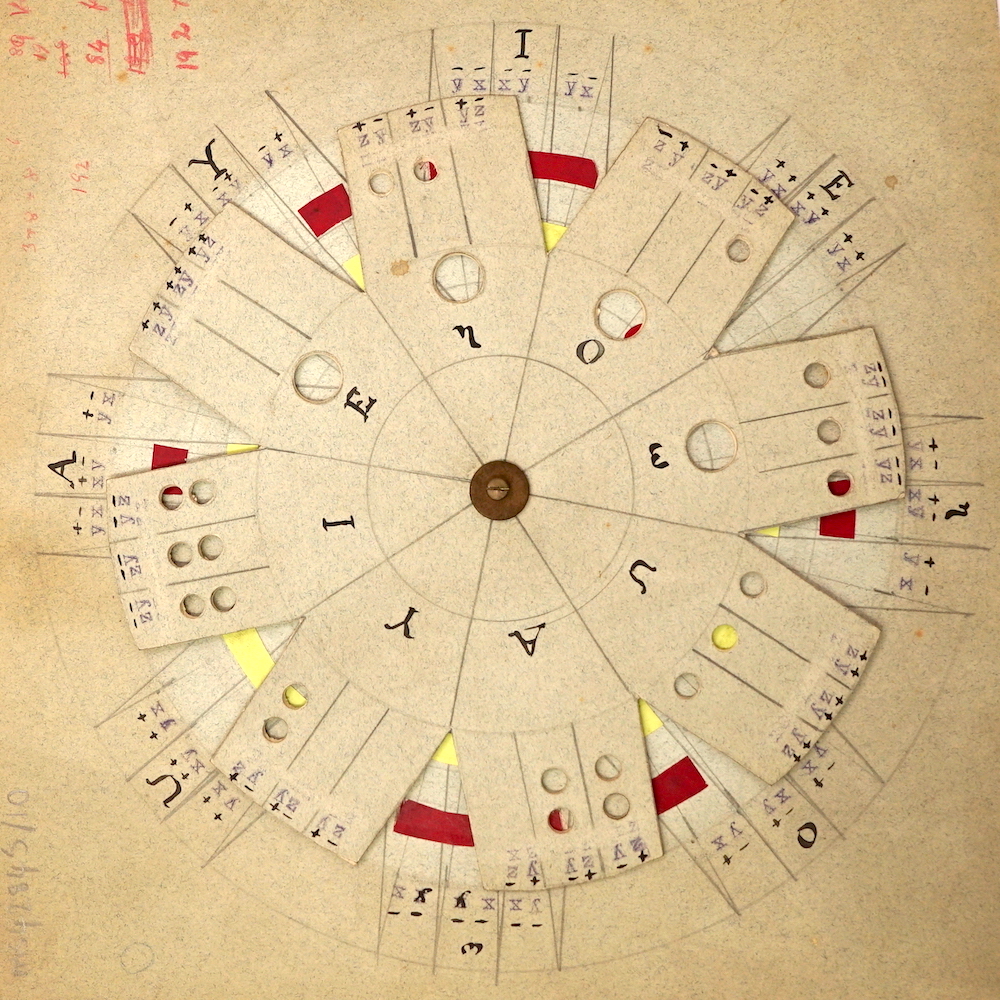 The machine still works and can be seen in the archives of the University of St. Andrews (the university where D'Arcy Thompson taught).

Fortunately, along with the machine itself, D'Arcy left behind instructions explaining how it works.

The machine is based on a logic system developed by the Scottish philosopher Sir William Hamilton (1788 - 1856) . Hamilton's system itself builds off of Aristotle's syllogistic, but it doubles the number of terms by adding quantification (i.e. all of and some of). For example, where Aristotle might say "all humans are animals," Hamilton sees two different statements: "all humans are some animals," and "all humans are all animals."

D'Arcy's machine is designed to produce valid syllogisms in Hamilton's system and identify invalid ones. For example, aligning the baseboard to A and the spinner to A produces the syllogism:

Replacing X, Y, and Z with more familiar terms makes it clear that this syllogism is valid: